The odds of becoming a professional athlete are around one in 150,000.  The odds of being diagnosed with Autism are one in 150, and the chances of having any special needs issues are even higher. 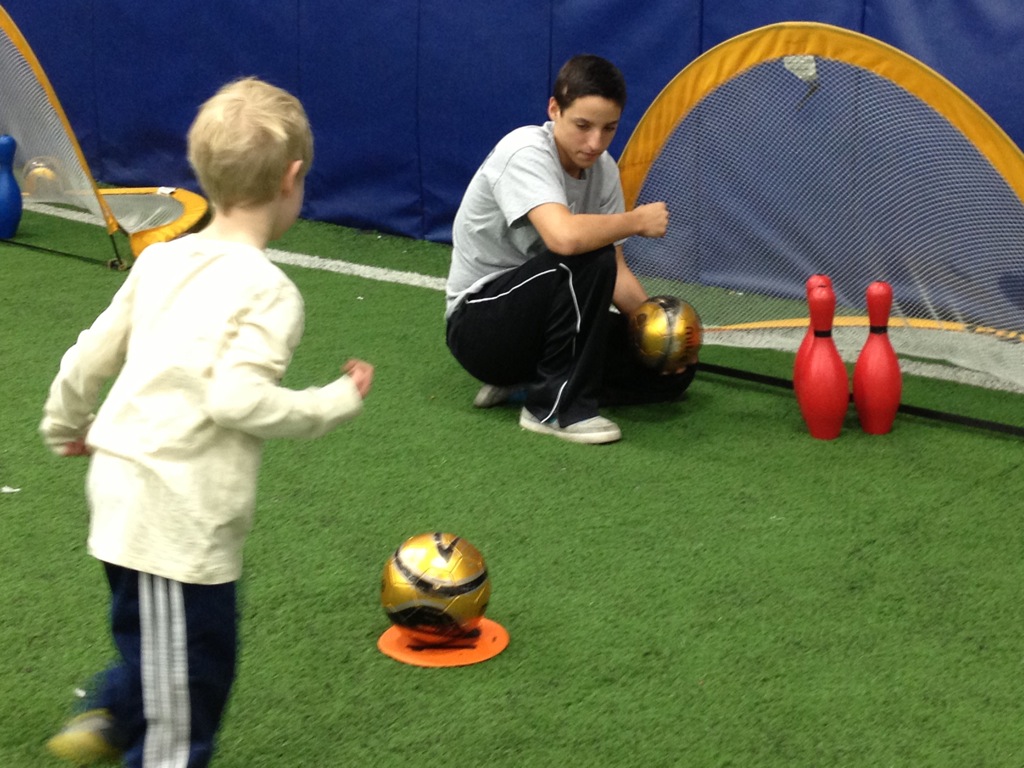 All are welcome at the “Be Your Best Sport” program at Unlimited Sports Action (USA), for which several Schreiber students volunteer. What was originally a program just for those with autism has since grown to include all special needs disorders, due to the high demand for the program.  The environment is one of learning and fun, as the children are paired with volunteers from the community, many of whom come from the local middle schools and high schools.

“I became involved with the program after hearing about it from a couple of my friends who were involved.  At first, I was nervous to be working with special needs kids, but I quickly realized that these kids just want to have fun, like any other,” said junior Andrew Schlafmitz, one of the many Schreiber volunteers.

The program, held every Saturday morning from 9:30 to 12:15, is designed for children with special needs with the intention of separating them from their world of tests and doctors and giving them a fun, recreational outlet.  Additionally, through the use of various drills involving soccer and basketball, the kids learn “playground social skills,” making friends and learning new games.

Participants are broken up by age, with kids ages three to seven playing from 9:30 to 10:15, eight to thirteen year-olds from 10:15-11:00, and kids ages eight to fourteen from 11:15-12:15.  For the first hour and a half, the kids play soccer at the USA facility.  For the last hour, they play basketball at local gyms, including the Landmark on Main Steet and Daly Elementary School Gym.

The class began with a request for a recreational program from Cindy Marks-Wittles, whose son, Tyler, is autistic.  Marks-Wittles is also a founding member of the North Shore Autism Circle, a benefactor of the program since its inception.

“The program started about five years ago, when Al Sontag, owner of USA, and I were contacted and saw that there was a big need for an outlet for these special needs kids.  From the first session on, we sat on a couple of coalitions about special needs and learned a lot about the various disorders.  From there, we were able to expand and offer more,” said Mr. Frank Furino, manager at USA.

In addition to the teenaged volunteers and the trained athletic professionals of USA, there is also an on-hand professional, Mr. Rob Galino, who has a master’s degree in Special Education and is applying to be a Board Certified Behavioral Analyst this coming spring.  Galino works not only with the special needs participants, but also with the volunteers, making their individual time spent with their respective buddies more productive.

“With all of the kids, whether they have autism or a different disorder, the techniques in helping them are transferrable,” said Mr. Galino.  “It is simply the way that you observe their behaviors that is different.  The key is to figure out why they do what they do.  With the teenaged volunteers, I try to educate them as to how they can help, by modeling different skills and explaining their purpose.”

Not only do the students involved learn about how to socially address special needs disorders, but they also feel that they are emotionally rewarded in volunteering their time.

“I’ve been with the program since it was started, and I go as much as I can,” said freshman Molly Alstodt.  “The whole process has shown me that it doesn’t hurt to give up an hour of your time to do a good thing, and that everyone is capable in helping in one way or another.  Soccer was once a large part of my life, and it is nice to give back.  I have been working with my buddy, Ryan, for almost five years now, and I have really gotten to know him and watch him grow.  Seeing him brightens my day because he is always so happy whenever I see him.”

Throughout the years, the program has always had a wealth of volunteers, creating a 2:1 ratio of volunteers to children.  When that was viewed as too overwhelming, the ratio was cut to 1:1, with extra volunteers asked to come as needed.  Other Schreiber students who participate include juniors Jessica Altuch, Jordan Kenyon, and Sam Rosenbaum, as well as freshmen Seth Barshay, Ryan Delmonte, Alex Grossman, Noah Sherman, and Dylan Sica.

“We reached out to the schools for the volunteers and we got an abundance,” said Mr. Furino.  “They get a lot out of it and we can see how it changes their lives.  Without them, the program would not be successful.  The one-on-one relationships that are formed are heartwarming, to the point that the buddies are embracing when they walk in the door.  And that’s the goal.  We want these kids to leave with a smile on their faces.”