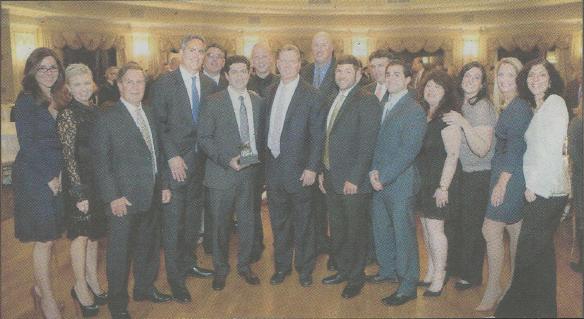 In his presentation, Fulgieri stressed the giving nature of the Independence Party and how Furino is equally “benevolent of his time and effort to create a forum for special needs children in a sporting environment.”

Be The Best Sport is a not-for-profit organization that offers adaptive sports programs for children who have intellectual disabilities as well as physical impairments. The group holds programs in basketball, soccer and multi-sport at Unlimited Sports Action in Port Washington that expose the children to sports and help develop and strengthen their motor, cognitive, and social abilities. There’s also a Special Olympics basketball team that practices once per week and plays in a competitive league each Friday night.

Starting this month, a basketball program as well as a track and field program will be held at the Port Washington Tennis Academy. In just over one year, the group has come to serve more than 75 young athletes each week.

For more about the program, contact Furino at 516-453-0990, [email protected] or by going online to https://longislandsportsdome.com